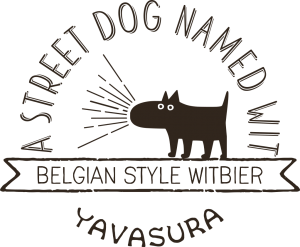 Flavour: Smooth and refreshing, there is a prominent orange flavour. Finishes dry with coriander aromas that linger. Low to no bitterness.

We are passionate about dogs- and we wanted to do something about it. There are a lot of stray dogs that need our attention and this beer intends to help them something. This style being our flagship style, it is brewed the most and is year round. For every liter sold, we pay Rs. 3 (more than 1% of our revenue) toward helping strays. The counter below shows the amount of beer sold!

Have suggestions/questions/comments? Get in touch with us here

What inspired this beer?

When we started homebrewing, this was a style that was the most popular among the craft breweries present. It was an easy drinking beer- and without the prominent hop bitterness, it was a great beer for the budding craft beer audience. It was tricky to decide if we should make it, but experiencing the witbiers from Ommegang, Allagash and Kiuchi Brewery, we realized that there was so much more that we could offer as a brewery.

Partha started reading a lot about this particular style, and started to make the Belgian Witbier pilot trials. He probably spent around 2 years to finalize the recipe that we produce now. But, he’s constantly making subtle changes to recipe to make it better!

As a result of studying so much about this recipe, did he think of using basil and peppercorns in his other signature style- the Basil Peppercorn Witbier.